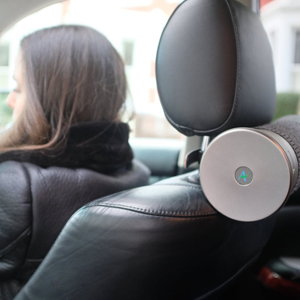 Researchers in Copenhagen have created a market-ready anti-pollution filter designed to quickly remove nitrogen dioxide (NO2) and particulate matter from inside vehicles.

They say the Airbubbl is the first technology shown to effectively remove nitrogen dioxide and other traffic pollution from inside cars.

Project lead Professor Matthew Johnson, from the University of Copenhagen, told Reuters: "When you’re in your car you’re directly in the lanes of traffic and taking air into the car from the exhaust of cars in front of you. This means there are greatly elevated levels of air pollution inside of a vehicle. We’ve measured them in London. They could be between 40 and 20 times above the accepted exposure limits for both nitrogen dioxide and particulate matter."
Read the article here