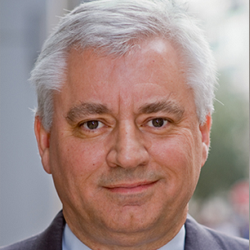 He is former Global Co-Chairman and Senior Partner of DLA Piper, having served as Global Co-CEO and Managing Partner for nearly twenty years before.

Sir Nigel originally joined the Yorkshire firm, Broomheads, as a trainee in 1978 and quickly moved into the management sphere, becoming Managing Partner in 1996. Since that time, Sir Nigel led the firm through a host of successful mergers, expanding from the UK into Continental Europe, Asia, Australia and the Middle East.

Sir Nigel’s leadership was instrumental in effecting the single largest transatlantic law firm merger in recent history, when DLA integrated with US-based Piper Rudnick and Gray Cary Ware & Freidenrich LLP in 2005. In the same year Sir Nigel was named Partner of the Year by Legal Week and DLA Piper was named Global Law Firm of the Year at The Lawyer Awards and Law Firm of the Year at the Legal Business Awards.

He received a knighthood in 2009 in recognition of his services to the legal industry.

In 2015, Legal Business awarded Sir Nigel an exclusive "Lifetime Achievement Award".  In 2016 Sir Nigel was given the Financial News "Editor’s Choice" award for lifetime achievement and children’s charity Variety presented him with the "Legends of Industry Award".

Sir Nigel has a small and complementary portfolio of non-executive appointments. He was most recently appointed Chairman of Sheffield City Region LEP. He held the Office of High Sheriff of London from 2016-2017, the non-political and oldest Royal appointment.

Furthermore, Sir Nigel is spearheading research, in association with Populus, the research house, and Saïd Business School, University of Oxford, into trust.  They are specifically looking to analyse and understand the breakdown of trust between business, politics and the media and, ultimately, find solutions to help rebuild it.