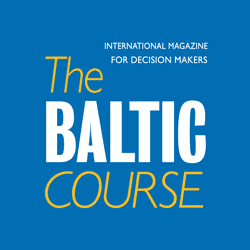 Tallinn, Estonia 25 February 2015.-  A report from The Baltic Course confirmed that more than 155,000 Estonians citizens have voted electronically during the Riigikogu elections, already establishing a new record for this type of voting.
During the last elections -the 2014 European Parliament elections- 103,151 people voted online, as opposed by the 176,491 people that by Wednesday had i-voted, according to the Estonian National Electoral Committee website. This number exceeded by far the 150,000 people expected to vote electronically.
The electoral body opened the Internet voting period from February 19 until February 25.
Since i-voting was introduced in Estonia ten years ago, the percentage of voters choosing this method to cast their vote has increased continuously.
The popularity of i-voting in Estonia was the recent subject of a study carried out by Kristjan Vassil and Mihkel Solvak, two political researchers at the University of Tartu, confirming that different population groups have embraced the internet voting solution equally.
Voting online has proven to be easy and secure. Here is a video on how Estonians vote using the i-voting system: